Heterodyne-detected vibrational sum frequency generation (HD-VSFG) is applied to the investigation of hydrogen-bond structure at model biological interfaces, such as the surfactant/water and lipid/water interfaces. It is found that the “up” or “down” orientation of water molecules at these interfaces is dictated by the electric charges of hydrophilic head groups of surfactants and lipids. It is also found that the hydrogen-bond strengths of water at these charged monolayer interfaces are similar to that of bulk water. We further found that the hydrogen bond strength at the interface of a charged monolayer and salt solutions follows the Hofmeister series.
Nihonyanagi (J. Mondal, Adhikari, Sartin) 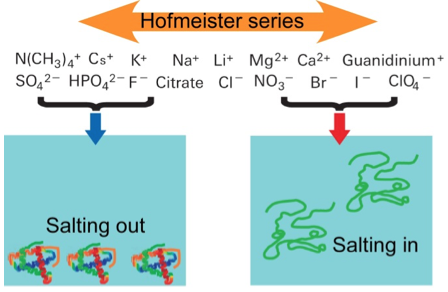 Fig. 1 Schematic drawing of Hofmeister series. Ions located in the left tend to salting- out proteins from solution while ions in the right induce salting-in. 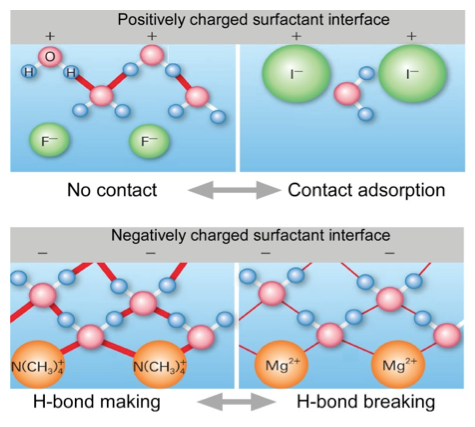