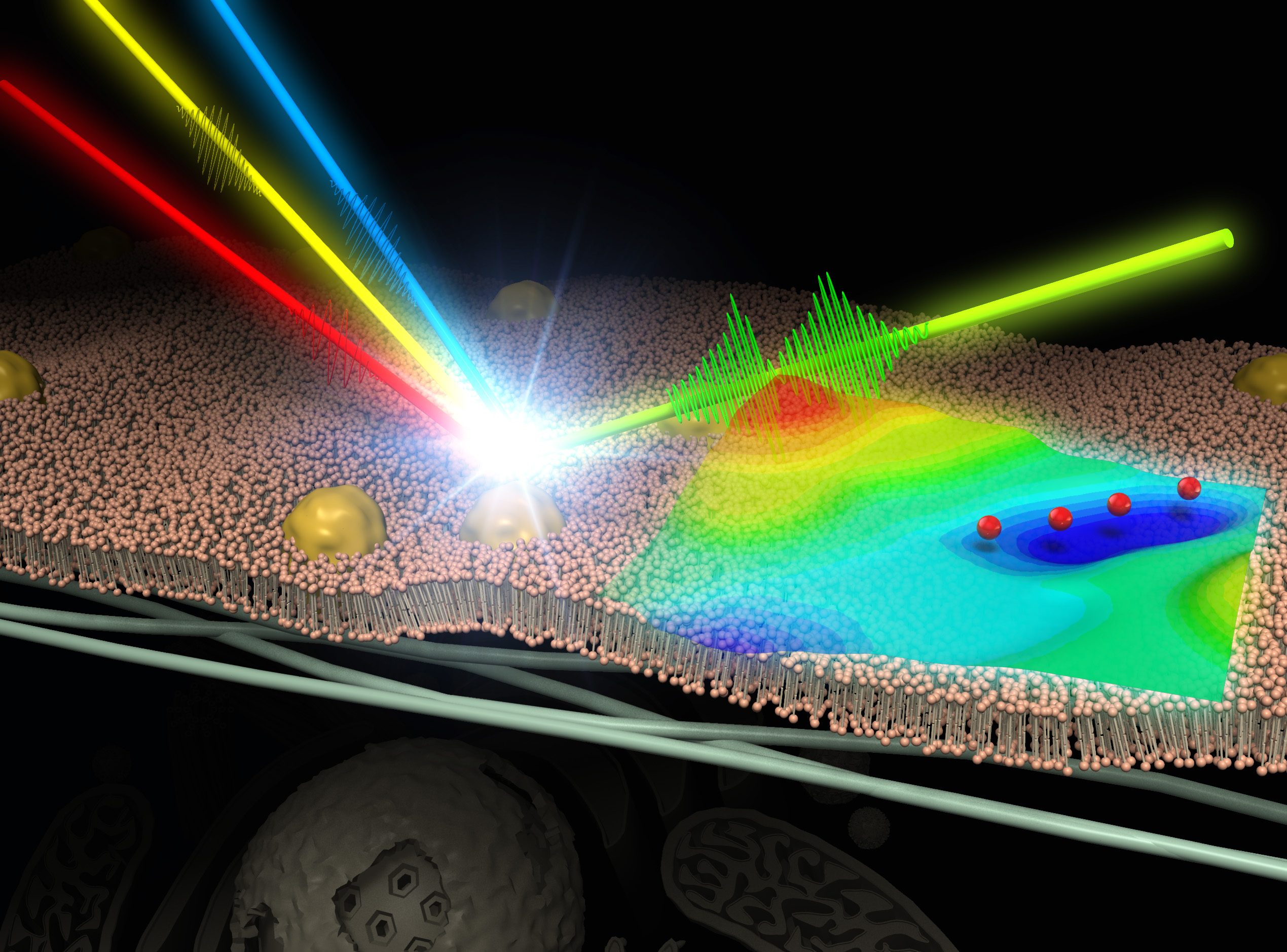 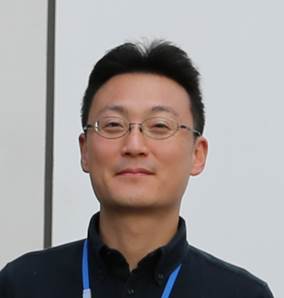 Emergences of novel experimental techniques often open new doors for finding new phenomena as well as unknown mechanisms, especially for microscopic elucidations. In our group, by developing new techniques based on the even-order nonlinear optics, we investigate the structures and dynamics of molecules at interfaces. Our studies are opening up a new field of interfacial science.

The static and dynamic properties of molecules at interfaces have attracted much attention in a wide range of scientific fields. It is known that interfaces have unique properties that differ substantially from those in bulk materials. However, microscopic mechanisms of such interfacial phenomena are hardly understood even today. Even very simple questions, such as how are the structure and orientation of water molecules at the air/water interface, have not been answered until 10 years ago. Even-order nonlinear spectroscopic methods are the most powerful techniques for the investigation of molecular properties at interfaces. These methods are based on an even-order nonlinear susceptibility χ(2n) (n=1,2,…), which allows us to probe molecules specifically at interfaces where inversion symmetry is necessarily broken. In our group, by developing new techniques based on the even-order nonlinear optics, we investigate the structures and dynamics of molecules at interfaces. These novel techniques allow us to find various kinds of new physical insights associated with interfacial science, opening up a new way to study interfacial science. Recently, we are focusing on three major themes: (1) Ultrafast hydrogen bond dynamics of water at aqueous interfaces. (2) Photochemical reaction dynamics at interfaces. and (3) Structure-function relation at complex interfaces.

Interface properties studied by the use of various probe molecules

Further extension of our technique to electrode interfaces and its applications 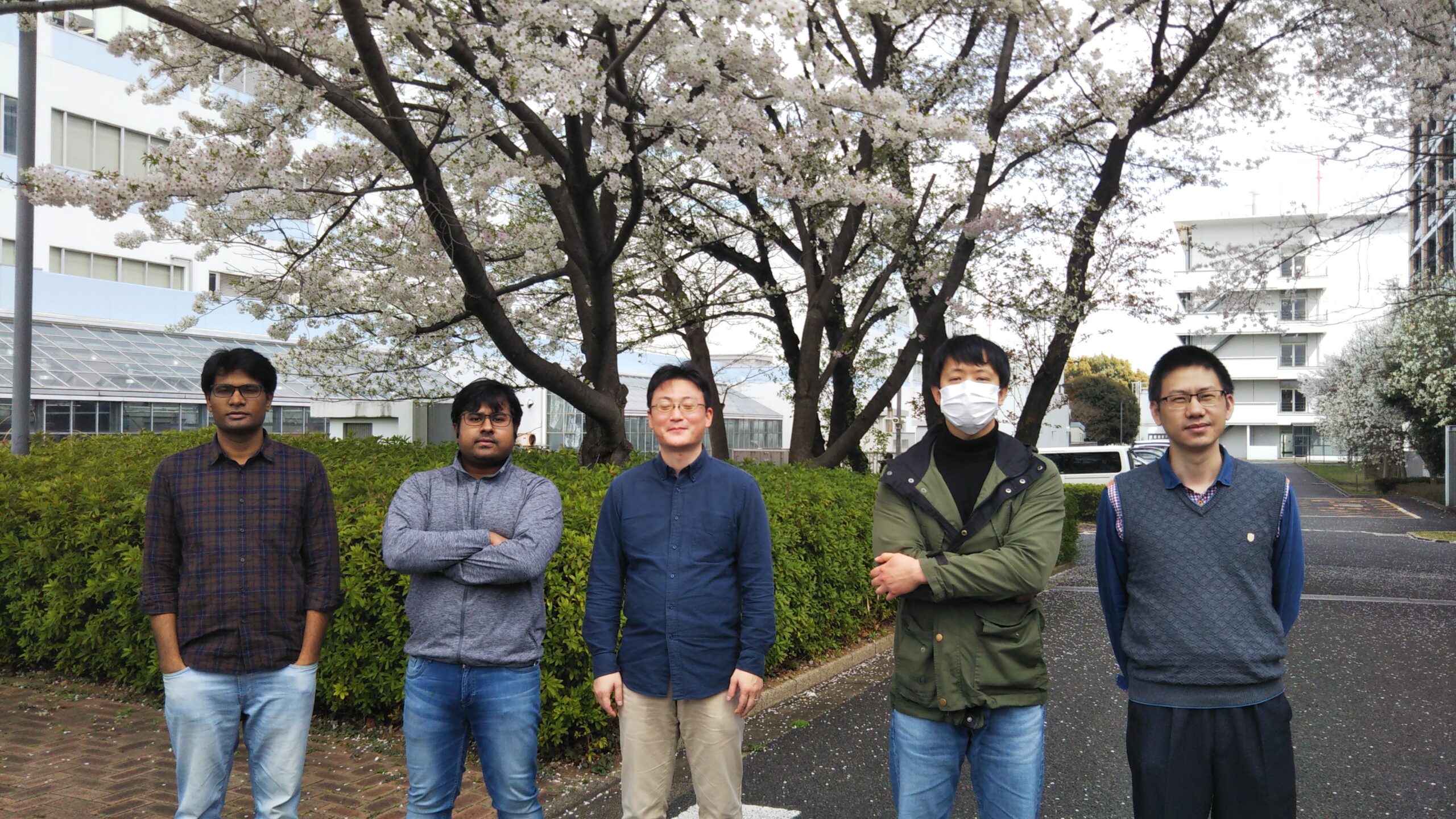